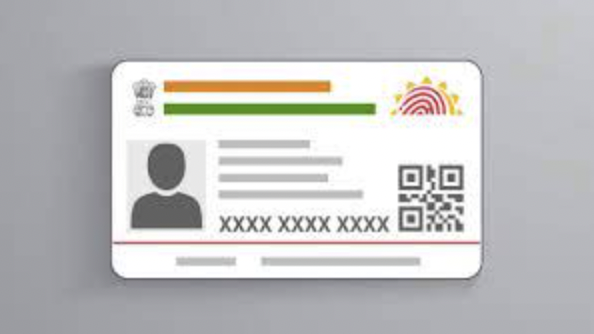 Aadhar cards have been in use since 2010 and are one of the primary documents business entities require for identity verification.

However, over the years, with increasing cyber security fraud, the risk of Aadhaar fraud is also on the rise. The fact that your Aadhaar number is connected to the PAN number and bank account makes it even more vulnerable.

This blog talks about masked Aadhaar and everything to do with it, including its meaning and importance to the debate news around this feature sparked in May 2022.

What is a Masked Aadhar Meaning?

Now that the Masked Aadhaar meaning is clear, let’s talk about what led to a debate around the same a few months ago.

Rolling back to 27th May 2022, the UIDAI issued a statement asking the general public not to share photocopies of their Aadhar with any organisation. Instead, it requested the public to use and share only a masked Aadhaar card. The same statement also asked the public not to download e-Aadhaar from local computers. And if they download, the e-copies should be deleted permanently from the local storage. The reason UIDAI cited this statement was to prevent the exploitation of the Aadhaar number.

However, this statement sparked debate and concern about Aadhaar security in public. Following this, the statement was withdrawn on 29th May 2022, stating a potential misinterpretation of the previous statement. And in the new statement, the Centre urged the public to share Aadhaar numbers with caution and assured that the Aadhaar Identity Authentication ecosystem is regularly maintaining the security and privacy of ID holders.

How Does A Masked Aadhaar Help Strengthen The Security Of an Aadhaar Card?

One thing evident from the statement UIDAI released on 27th May 2022 is that sharing an Aadhaar card with just any organisation is risky. Another thing that the information stated is that masked Aadhar cards are better. But why?

Regular Aadhaar cards have the name, date of birth, address, and a 12-digit UIDAI-issued Aadhaar number on them. However, most companies usually need a DOB, address, name, etc., for ID verification, not the full 12-digit Adhaar number. Now, this Adhaar number is linked to the PAN and could be exploited for extracting sensitive information by hackers.

On the other hand, on a masked Aadhaar card, only the last four digits of the Aadhaar number are visible, along with all the other basic details. And this (four digits) kind of limits the access of the potential hacker to misuse an individual’s Aadhaar card, thus strengthening the security.

According to UIDAI, the entire 12-digit Aadhaar number could be exploited if shared with anyone. However, if the Aadhaar number is concealed, as it is in the masked variant, no one could exploit it or use it for illicit purposes. This way, UIDAI’s masked Aadhaar feature enables users to freely share their Adhaar card without the fear of being exploited.

Does Everyone Accept Masked Aadhaar?

For all the organisations or businesses that require identity proof, such as banks, airports, and trains, a masked Aadhaar can be furnished. It’s because the masked Aadhaar card has all other details such as name, date of birth, address, gender, etc, that are generally required for ID verification.

Here are the steps for downloading a masked Aadhaar card:

The file is usually password protected, and the password is the first four letters (capital) of the person’s name followed by the year of birth. For instance, if a person’s name is “Jonathan Smith” and their DOB is 1998, the password will be JONA1998.

As far as the masked Aadhaar meaning is concerned, it’s the concealed version of a regular Aadhaar card that displays just the last four digits of a person’s Aadhaar number. Although the government withdrew the statement encouraging the use of masked Aadhaar, the feature is still available on the UIDAI website. Therefore, everyone should use it to protect their Aadhaar cards from being exploited. Also, the masked Adhaar is widely accepted across the country, so using one won’t limit the user’s ability to access desired services that require Adhaar as ID proof.